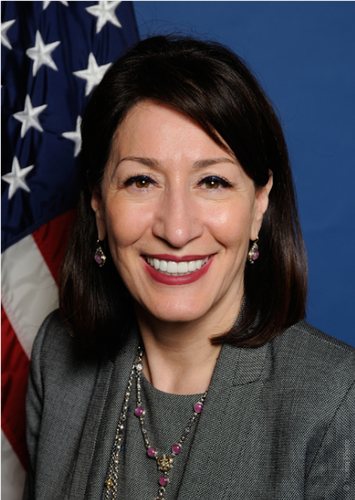 Rosana is a founding employee of Mark One Electric Co., Inc., a specialty electrical contracting firm. In 1994, after 20 years with the company as an employee and as Secretary/Treasurer, she became the President and an owner of Mark One. Rosana currently oversees the day-to-day operations of the company with all eight departments reporting directly to her. Rosana’s primary focus is to continue to build Mark One’s successes, to ensure that it will be here for the next generation. Under her leadership, & with the support of her tremendous staff, Mark One Electric has grown into one of Kansas City’s top ten Electrical Contractors.

​Rosana has been very busy over the past years serving on many boards. Her current areas of focus are being the Co-Chair of KCADC, EDC of Kansas City Board of Directors and the MWBEC Board of Directors. She is very committed to Mark One and to the employees.  Rosana is a native of the Kansas City area. She and her husband, Anthony J. Biondo, have a 16 year old son, Anthony J. Biondo, II. Rosana is the daughter of Carl J. and Josephine A. Privitera. She has three brothers, Joseph A. Privitera, Carl J. Privitera II, and Anthony L. Privitera II. One of Rosana’s unique qualities is that her parents Carl & Josephine named their shopping center after her. Rosana Square 119th and Metcalf, Overland Park, Kansas.