Webinar via Zoom - access this program remotely from your computer, tablet, or smartphone + dial-in available.

This is a FREE Webinar - Registration is still required. Interested in membership? More info here. 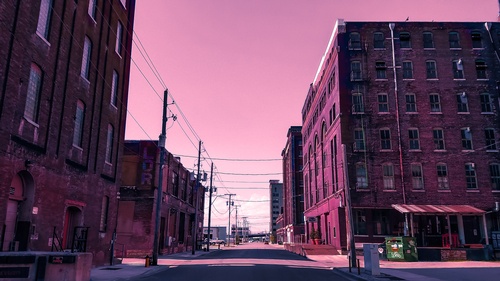 What exactly is affordable housing? What is the Low-Income Housing Tax Credit? What is Kansas City’s approach to affordable housing and how does our community fit into the larger conversation about housing across the nation? Join our panel of experts as they discuss these topics and more.

Speaker bios
Kevin Collison has been a journalist for more than 25 years. He was a newspaper reporter in Omaha and Buffalo, NY, before coming to Kansas City to work at the Kansas City Star in 2001. He covered development for the newspaper and was responsible for reporting about the major downtown revitalization effort that began shortly after his arrival. He left The Star in 2014 and after a short stint in corporate communications at Burns & McDonnell, returned to journalism as a freelance reporter for KCUR public radio in 2016 and in 2019 for KCPT Flatland. In June 2017, he launched CityScene KC, an online news source covering greater downtown Kansas City. Kevin is a graduate of the Columbia University School of Journalism in New York and is a recipient of the George K. Polk Award for Local Reporting, one of the nation’s top journalism awards.

Heather Bradley-Geary is the director for supportive housing for The Vecino Group. Since 2014, The Vecino Group has developed 19 supportive housing communities in eight states, ending homelessness for 430 families. Prior to her work at Vecino Group, Heather worked at the Missouri Housing Development Commission (MHDC). While there, she created the Community Initiatives Department, overseeing $20 million in homeless funds for the state of Missouri as well as the Joplin housing recovery from 2011 to 2013. In addition, Heather is an adjunct professor in the social welfare program at the University of Kansas. She was elected as Secretary of the National Association of Social Workers (NASW) in 2016, serves as a board member of the Greater Kansas City Coalition to End Homelessness, is the chairperson of SAVE, Inc. and the legislative captain for the National Alliance to End Homelessness. In addition, Heather has served on the Governor’s Committee to End Homelessness, National Association of Social Workers—Missouri Chapter and the Multi-Racial Family Circle.

Susan Engel is the executive director of St. Michael’s Veterans Center, a non-profit organization that changes veterans’ lives through affordable, permanent housing and supportive services. Susan has worked for 30 years in direct services and non-profit leadership that has focused on housing issues. Susan earned a Master of Social Work degree from the University of Kansas and she served as a U.S. Peace Corps volunteer in Cameroon, Central Africa.

John Wood is the assistant city manager of the City of Kansas City, Missouri, and the director of Neighborhoods and Housing Services Department (NHSD), where he oversees a budget of nearly $80 million covering a broad range of programs and services affecting the quality of life for all Kansas City residents and neighborhood conditions. NHSD encompasses seven distinct divisions/operations including housing and community development, neighborhood preservation, animal health and public safety, the Kansas City Land Bank, the City’s town services, solid waste, and regulated industries. He formerly spent nearly 20 years in the banking industry and more than five years with a national nonprofit financial intermediary. John has served as a board member of the Urban Financial Services Coalition Foundation, Truman Medical Centers, Inc., Community Advisory Committee of the Health Care Foundation, the Jacob L. and Ella C. Loose Foundation and the Kansas City Tomorrow Alumni Association.
Program Calendar Job Postings Contact Us